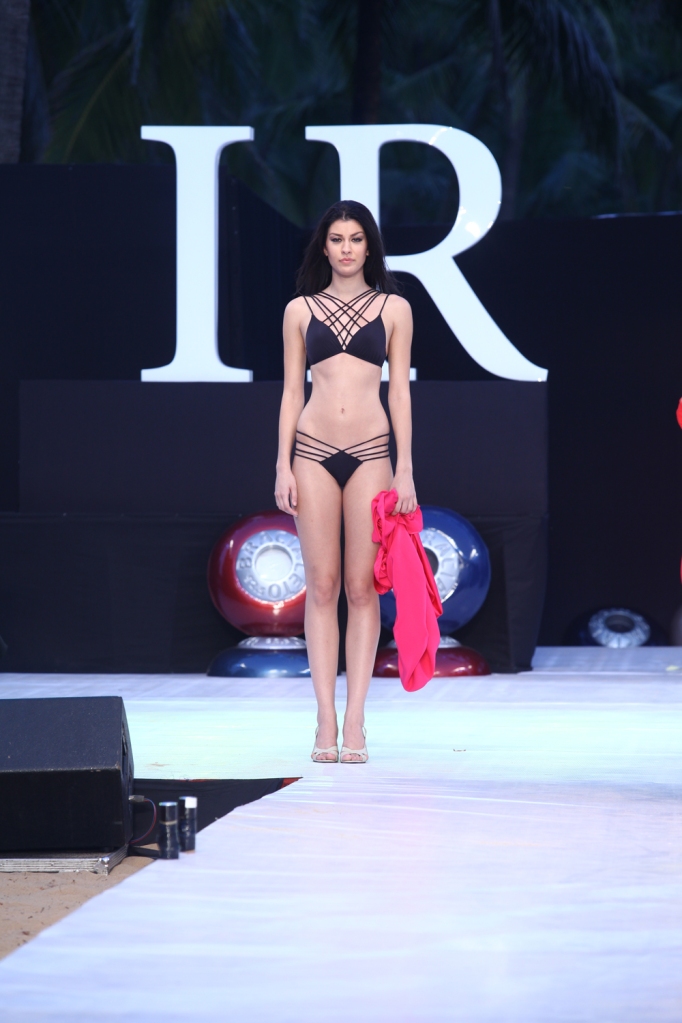 Resort wear is a tricky business. Everyone thinks it’s the easiest thing to design in the world but there really are only a few whose creations catch your attention and fewer still whose designs make their way into your dreams, keeping you up all night. As I browsed through pictures of what was paraded on the runway on Day One of the ongoing India Resort Fashion Week, in Goa, I didn’t feel the need to stop and spend more than 5 seconds exploring a creations… at least not for the right reasons. That some of the models flaunted uninspiring body frames, didn’t help either. Then I stumbled upon fashion designer James Ferreira’s creations for IRFW. The show seemed like it was a hit, and James, as always, looked like he was having fun. The outfits were simple, flowy and most importantly, functional. There were reversible shorts in cotton crepe, languid dresses for swimwear covers, dresses and jumpsuits for women. The male models strutted in black cowl jumpsuits, swim trunks and white sheer trousers and shirts. We’ll leave the pictures to do the rest of the talking… 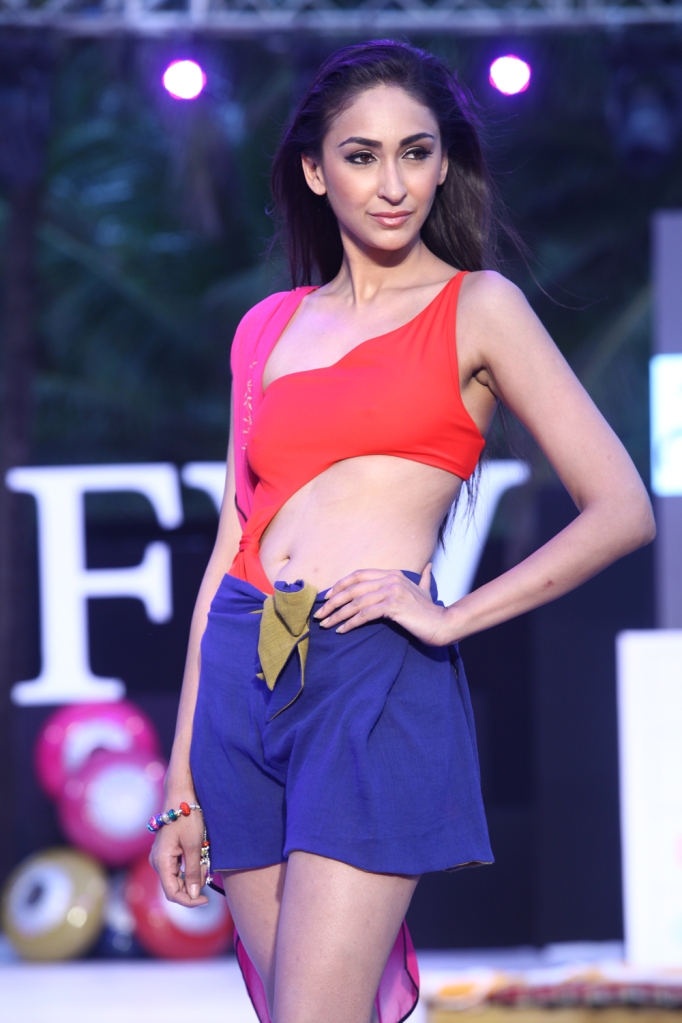 A model in James Ferreira resort wear for IRFW 2012 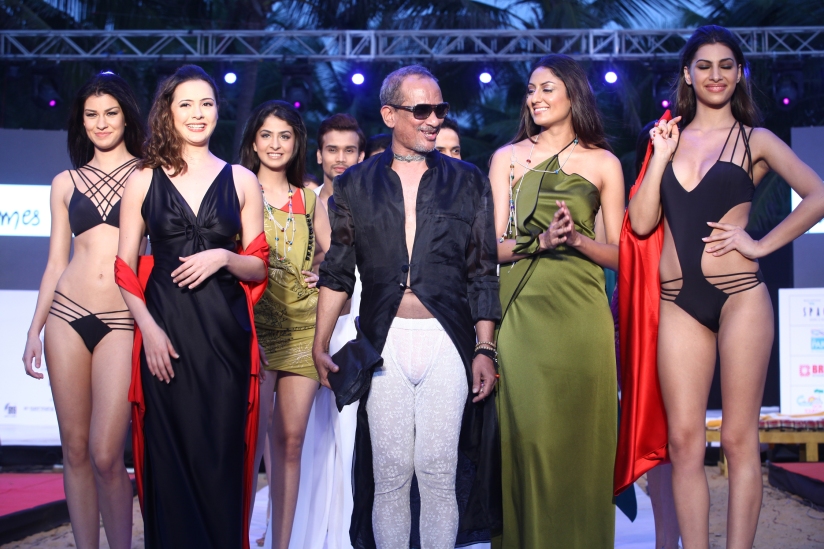 Okay, folks. I’m a shopping addict. So much so that I have seriously considered seeking therapy to cure myself of this addiction! And Goa, I hear, is a shopper’s, especially street shoppers haven. Sarongs, funky printed tees, cottons pants, Goa markets are the best bets to find the best at inexpensive rates. So, I took off to Goa, one fine night (took the late night train from Panvel) and reached my hotel – The Royal Palms, Haathi Mahal early morning. After a hurried breakfast, I slept till lunch-time before heading out for a stroll on a nearby beach.

It was the monsoon period (mid-July) and there was just one dog (trust me, I’m not exaggerating) on the beach. I saw a few human figures disappear in the horizon. Obviously, they miraculously understood that it was time for the clouds to burst open, and I didn’t get the hint till the clouds started spewing water. 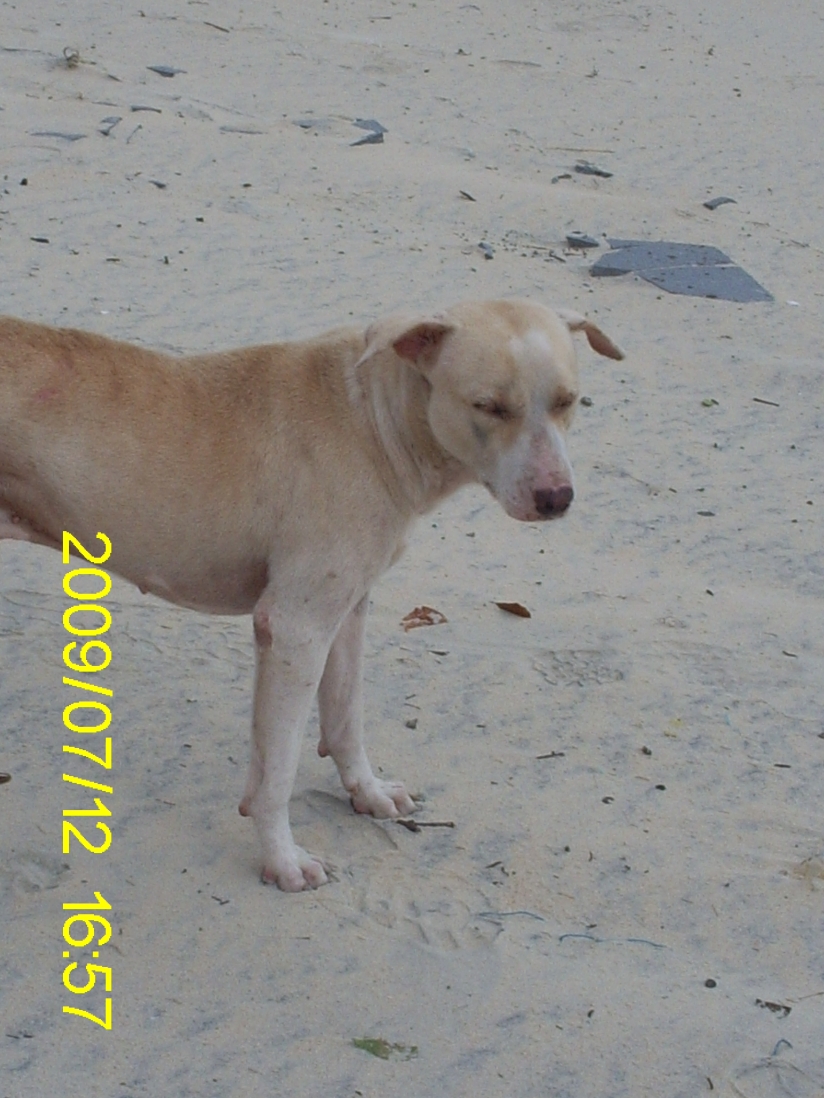 Lesson learnt: Goan beaches are best stayed far away from during monsoons. The tide was so high, even the itsy-bitsy adventurer in me couldn’t imagine fooling around with the ever-rising waves. I ran back to my hotel, changed, called for bhajias and pakoras, watched some TV and then ventured out for a stroll in a couple of hours.

The next day was slightly better. I hired a Sumo and told the driver – a local – to just take me to the must-visit places in Goa. Obviously, he couldn’t manage the world in a day’s time, I was there on a very short visit, but he did his best. One sumo for myself didn’t come cheap, I had to shell out Rs 2,500 for the entire day. (Not a bad bargain, if you split it up though.)

He drove moi to Big Foot, at Salcette, South Goa. “Must see, madam,” he insisted. Honestly, I was more interested in shopping, but I thought that could wait till early evening and gave in. So, Big Foot is this arty place where old Goa has been brought alive. The fee is nominal, and at the entrance, girls do a little aarti and put a tikka on your forehead. Cool! 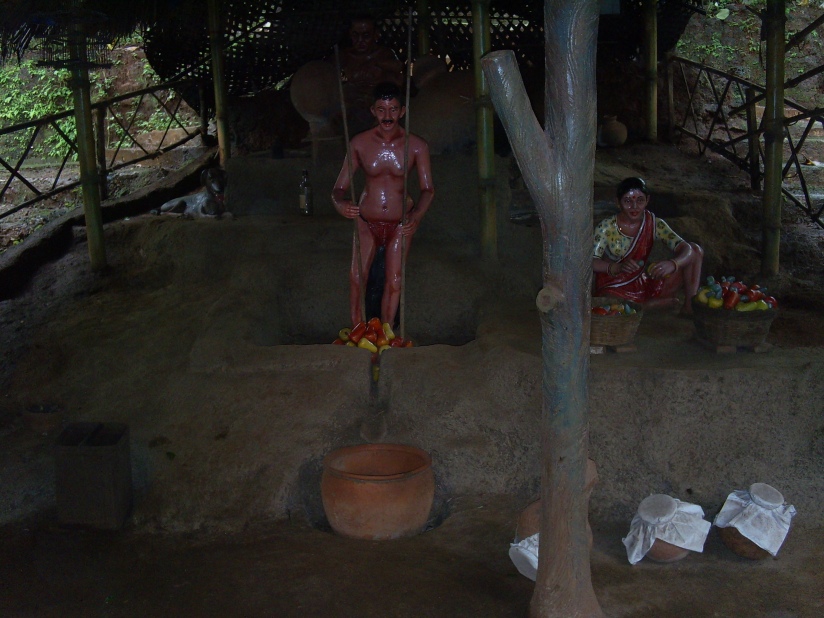 One level has life size images of how people in old Goa dressed, their homes and how they made Feni (cashewnut liquor). A giant stone carving of Mirabai in one end of the theme park is another attraction. 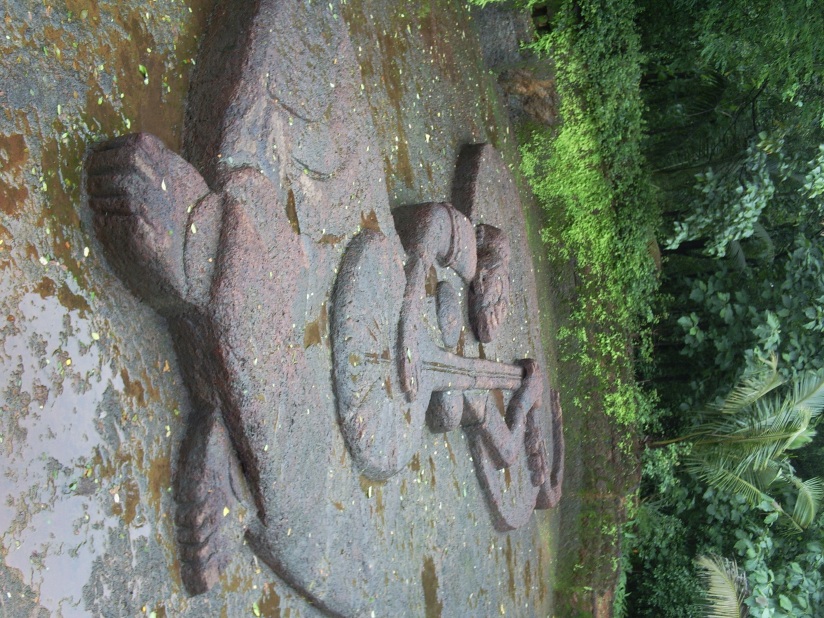 Once I stepped out, he gave me a list of places to visit. I cut him short and told him to just take me to the ever so famous street shops in Goa. To my horror, he said that since it was monsoon, there was no market as such and the night market would be back post monsoon only! It took a while for the news to sink in and seeing my distressed face, the driver promised to show me the “actual Goa which is more than just shopping.” Okay, I said, when I recovered my hearing sense again.

Not many Goa visitors even know about the existence of this mini-zoo. It’s 38 kms from Margao and there are ample deer, elephants and snakes in this zoo. I even came across a caged cheetah in the premises. 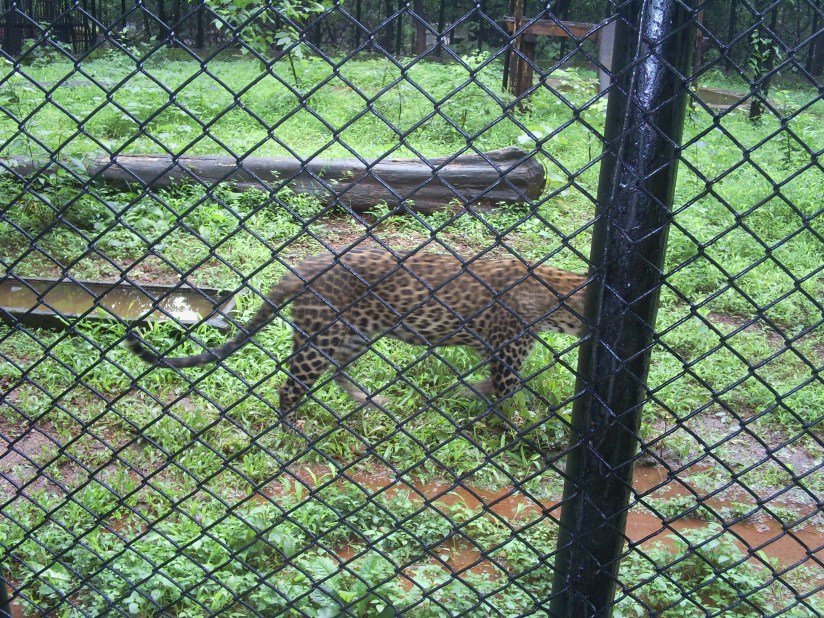 The area is sprawling and well maintained with lots of flora and fauna for city bees to absorb. Just for the record, the zoo has at least 20 caged boxes of different kinds of snakes.. which according to me is ABSOLUTELY DISGUSTING but MOST AMAZING for snake lovers (which clearly, I am not). 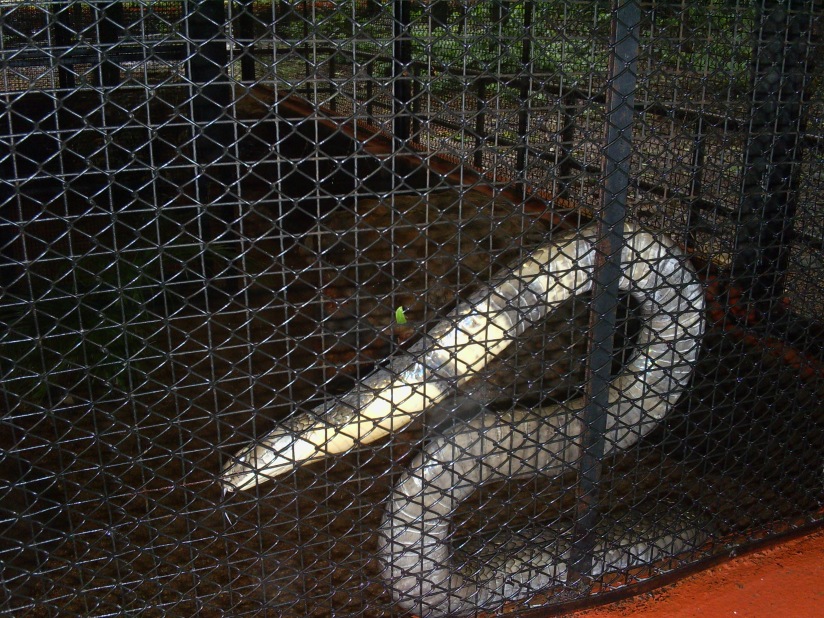 Late in the afternoon we drove to Aguada Fort and the lighthouse alongside. Aguada Fort, FYI, is the same fort where Aamir Khan and gang rest their buts on, in the movie Dil Chahta Hai. The fort is still as fabulous as it was in the movie, years back. If you happen to go there, also climb up the lighthouse. The view from atop is amazing and the wind just threatens to push you away, so be careful too. 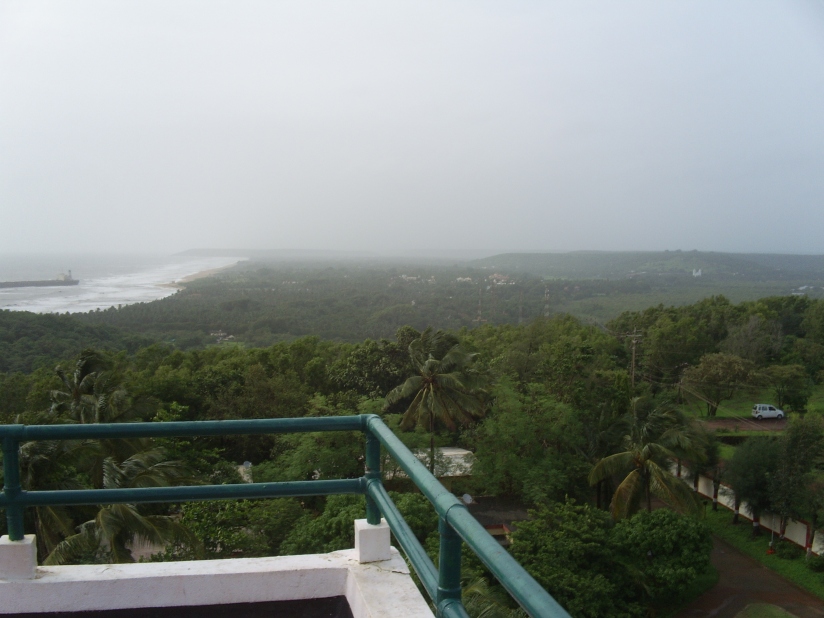