Looks like Bollywood’s evergreen couple Hema Malini and Dharmendra’s youngest daughter Aahana is taking a leaf out of elder sister Esha’s diary by following in her footsteps and getting hitched. Close friends of the couple say that Aahana and Vaibhav are very much in love and decided to get married and then pursue their respective careers. Vaibhav is a Delhi based businessman. Though till recently, rumours suggested that Aahana is readying for her big Bollywood debut, the fact is that the young lass is quite keen on pursuing a career in fashion designing and perhaps, at a later stage, even film direction. But for now, she’s thrilled about the impending big Indian wedding. Badhayi ho badhayi… 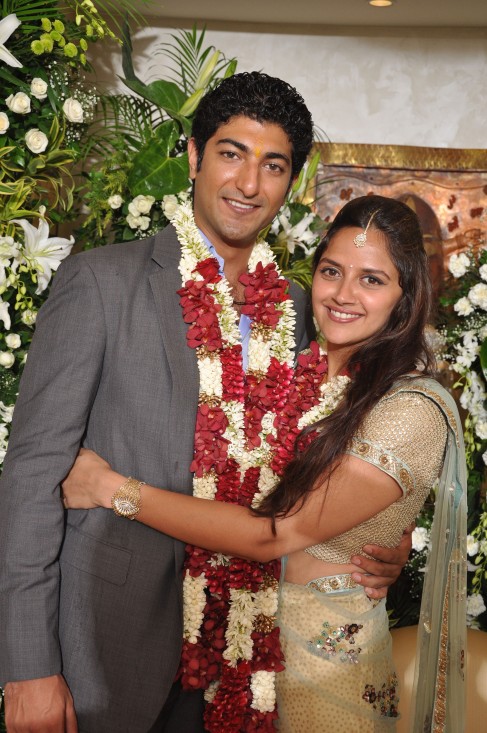 Hema Malini and Dharmendra shower Esha and Vaibhav with gifts 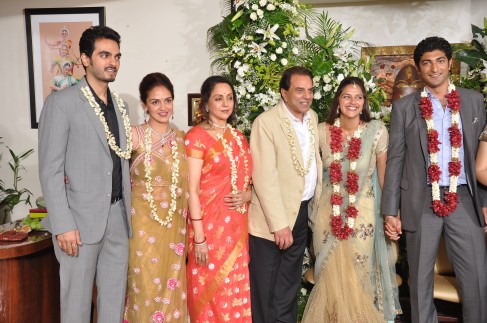 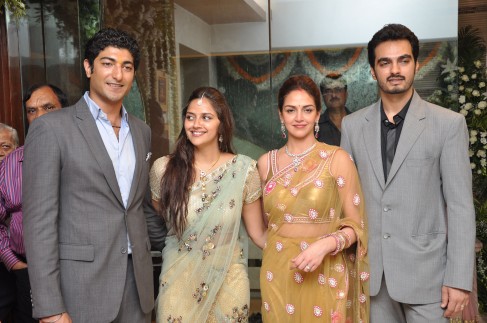 Sisters Aahana and Esha with their better halves